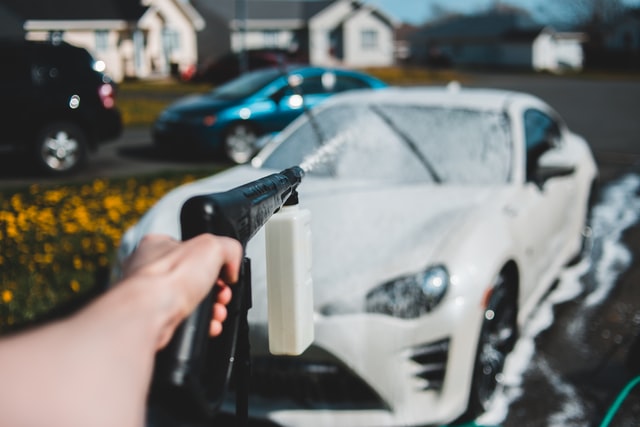 A well-maintained and clean car is the basis for fans of these four wheels. It is worth taking care of your own vehicle so that it always looks as good as possible. You should invest not only in what breaks down inside, but also in any damage outside the car. After all, who doesn’t like to drive a car that runs flawlessly and is beautiful from the outside? However, visits to the car wash are only half the battle. It is also very important to ask for those elements that the water with foam alone will not clean. In such situations, it is worth opting for soda.

Soda, what is it?

The soda blasting method itself was invented in the USA while cleaning the Statue of Liberty, made of steel and copper. This is an abrasive blasting method and consists in ejecting accelerated soda granules from the tank through a pressure hose. The granules hit the surface of the item to be cleaned and ‘explode’. Thanks to the dissipation of energy, the cleaned surface becomes free of dirt. Soda blasting is used almost everywhere where non-invasive cleaning of surfaces, components and parts is the most important. Soda blasting is a very fast and innovative method that is able to remove dirt from even the most delicate material without causing any damage. In addition, it is a non-toxic method, safe for humans and environmentally neutral, and 100% water-soluble.

What is soda for?

What is Soda Rims?

The soda blasting method is widely used in the automotive industry. It is used not only to clean engine and body parts, but also to renovate rims. An independent attempt to bring aluminum rims to their factory condition may result in their damage. Soda blasting does not interfere with the structure of the material, which is why this method is considered the best choice when cleaning rims. The paint on aluminum rims can start chipping over time, which affects their attractiveness. In addition, rims also lose their load-bearing properties over time and deteriorate due to the lack of anti-corrosion coating. Soda-blasting the rims allows you to remove the top, chipping paint layer from them and prepare them for the application of a new protective coating. Soda-blasted rims gain a new look and new protection, thanks to which they will be able to serve for a long time without having to replace them with new ones. It is a fairly quick procedure, the effects of which can be seen almost immediately. A full cleaning takes about 20 minutes. Thanks to soda, the rims gain a new look, which also affects the aesthetics and attractiveness of the entire vehicle and thus increases its price on the market.

Both soda blasting and sandblasting are methods used to clean various types of materials. They differ primarily in the substances that are used in a given cleaning method. There are a few more differences between the two methods: